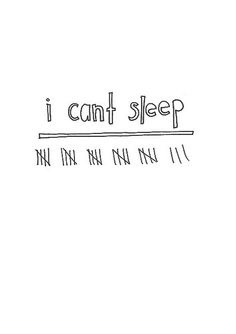 Has anybody come up against an issue with your kid that won’t resolve itself? For weeks my son would get out of bed before his alarm and go wake up his brother and then his sister. Just to see if they were up. Earlier and earlier this behavior progressed. Frustrated and exhausted from loss of sleep I became a morning vigilante. Every time that door opened I would check the clock, pop out of bed and grab him before further damage was done. Escalating in discipline each time I would have to get up and deal with it, a pattern developed with almost every morning beginning with tears and anger. Terrible way to start the day. Some of you morning birds may say, just get up! But I’m not a morning bird and with five young kids sleep is sacred.

Something had to change. Whatever I was doing wasn’t working and this pattern simply could not continue. Brian and I talked about it a lot but in the end we still didn’t have a good solution. Feeling the weight of motherhood inadequacy, I prayed for something, anything to change.

In that moment an idea bloomed. It could be awesome. “Give him a job.” He’s my little helper and his heart thrives when he’s helping and feeling appreciated. So I decided to put him in charge of waking us all up. I taught him the importance of us not sleeping in too late. But he had to be very careful not to do it before bunny wakes up. (His alarm clock is a bunny that sleeps until it’s time to get up then the bunny wakes up.) I synchronized his clock to everyone else’s and put him in charge of the morning wake up call. I gave him boundaries on how to do it then tried it out.

A week has gone by and I couldn’t be happier. He is so proud to be my little helper in the morning, to have a role that belongs only to him. He’s doing what he loves, waking us all up… but within boundaries that help the morning routine. My relationship with him is so much better too, now that each morning starts with a hug and a “thank you” instead of anger.

Amazing what new ideas are given when, in my weakness, I admit my limitations and need for more understanding. Sometimes I forget that the same Holy Spirit who raised Jesus from the dead lives inside of me and  is far better at family and marriage counseling than I could ever be. His intimate knowledge of my family and what makes us tick is humbling when I realize how much he longs to see us all thrive.

If you’re in a place that needs break through, just ask the One who created that little tyke for a fresh perspective and new idea. It’s amazing what tools will come your way. Be it through a friend, research or a new idea of your own. There’s always an answer. Always hope for the situation.